Once upon a time : Frank, Pat, Kev and Aaron Richard ( Keys ) used to play in a band called Dirty Work, but it had been a while, and the guys were keen to return to the Melbourne blues scene. Fast forward to 2006 and enter Gary Webb ( Guitar ) and Steve Gibbs, two fresh blues warriors itching to get playing with some pros…..or with the ex-Dirty Workers if no pros were to be found.

The result was a much rockier, dirtier blues groove than any of them had played in before, blending Aussie blues tracks from artists like Chain and the Bondi Cigars with classics from Stevie Ray Vaughan, ZZ Top and BB King. 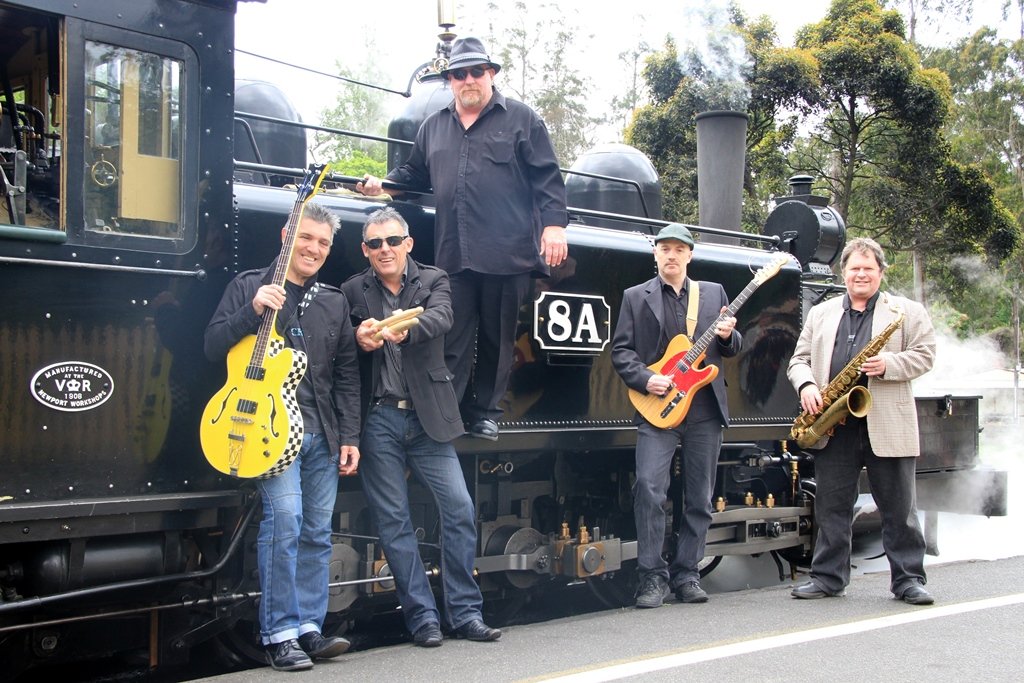 Black and Blue’s first gig was as the featured artist before an M.B.A.S jam session on March 7th, 2006 and the guys lay down a couple of smokin’ tracks to CD the following weekend (check out the sounds section).

During ’06, Black and Blue played pubs and shindigs all over Melbourne, from Ruby’s and the Scarab Bar in Belgrave, Rattlers in Wallan, the John Barleycorn in Collingwood, to the Maldon Blues Club in Maldon (in case the name hadn’t tipped you off).

In early 2007, the B and B lads had a reshuffle, with Gary Webb leaving the band. The band chose to keep the lineup at 5 members, allowing a bit more space for Frank and Arron to crank out sounds. This was also the starting era of Black and Blue original Blues tunes.

In 2007 and 2008, the boys played a few private gigs for appreciative audiences ranging from footballers and motorcycle clubs, to road construction workers. We also settled into a residency at the Brunswick Hotel, playing Sunday Arvo Sessions in the beer garden over summer, concluding with a show to a packed house at the Sydney Rd Festival in February.

We turned our attention to releasing our debut album in 2009, and we can proudly announce that “Stopping All Stations” has arrived.

A reshuffling of seats occurred again in 2010 by saying farewell to Aaron who had been our keys since the Dirty Work days, and welcoming in Ted Guzowski, who’s adding some sax and harp as well!
Sadly After a year and a half “Big Ted” left the band to spread his wings overseas.

And now we all welcome our newest member on sax Mr. James Cox. James sure knows his stuff and has helped Black and blue move forward into the future and beyond.